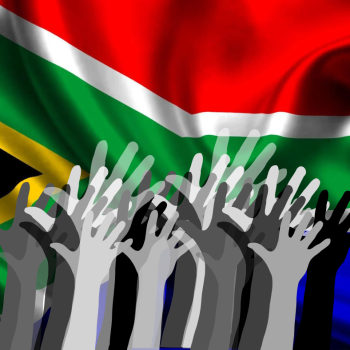 How do different cultures view disability?

In this Heritage Month, it is appropriate that we take a closer look at different cultures and the way they view disabilities.

NCPD aligns with the White Paper on the Rights of Persons with Disabilities (2005) (WPRPD) which was drafted from the United Nations Convention on the Rights of Persons with Disabilities (1997).  The WPRPD states that “disability is imposed by society when a person with a physical, psychosocial, intellectual, neurological and/or sensory impairment is denied access to full participation in all aspects of life, and when society fails to uphold the rights and specific needs of individuals with impairments.”

However, the diversity of social and cultural views on disability directly affects the degree of stigma or respect experienced by community members with disabilities. In some cultures there is shame associated with disability that comes from a belief that one’s impairment was caused by that person or an immediate family member doing something wrong, by magic or by some ancestral sin. It can also be considered an individual condition and accompanied by attitudes of pity and sympathy.

There are situations where persons with disabilities are protected from the outside world by their families, isolated in institutions or limited from full community involvement by a lack of resources, including adaptive equipment or services, accessible transportation and others. In China, mental health is believed to be achieved through self-discipline, exercising power and avoiding morbid thoughts. Emotional problems are understood to be associated with poor character.  Some countries in Africa experience high levels of abuse and even murder of people with albinism due to the mistaken belief that their body parts can be used effectively in traditional medicine.

Disability rights movements in different countries and parts of the world look at this matter differently. Most are making positive changes with support for the ratification of the UN Convention on the Rights of Persons with Disabilities (UNCRPD). People with disabilities advocate for their rights to inclusive and active participation in all aspects of society, making progress in the following areas: voting rights, access to higher education, improved transport access, changing attitudes in the media and increased employment.

Negative stereotypes about disability are often deeply embedded in certain communities and can be mistakenly accepted as the norm or as correct by persons with disabilities. To counter this, media campaigns to change perceptions about disability and programs that portray disability in a positive way and that focus on empowerment are becoming more common. Aggressive awareness raising about aspects of disability that spreads the message that every person is equal and has value regardless of their culture, race, gender or disability (among others) must be spread throughout society.